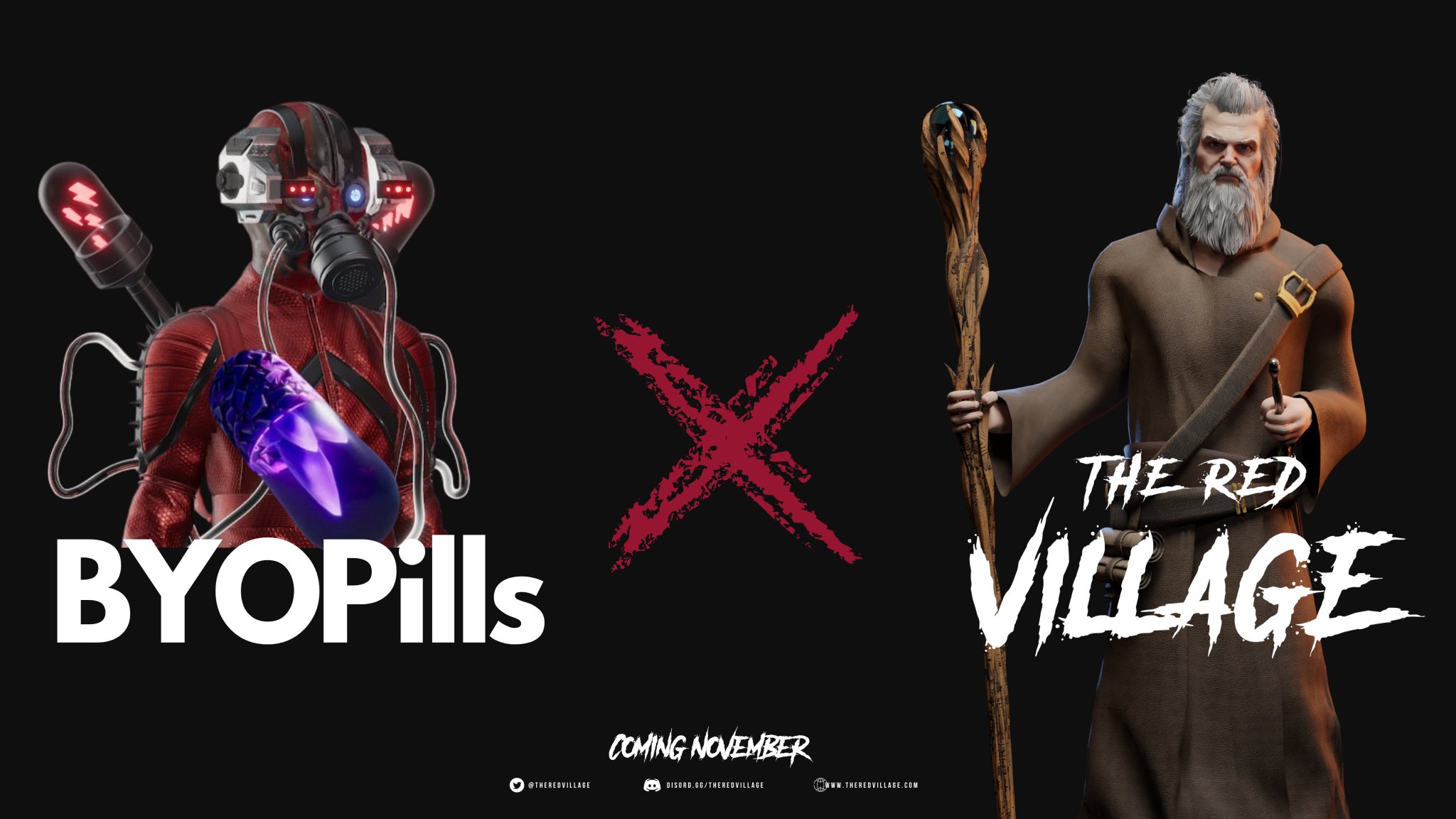 We are proud to announce another official game partnership, this time with The Red Village, a multiplayer play-to-earn fighting game expected to come out in November.

This announcement is just the beginning of our relationship with The Red Village, with more utility expected to be announced for BYOPills and Apostles as the game develops.

The game will feature different factions, BYOPills being the first. Factions can fight each other in large scale fights, and get their own custom-built home battle arena. Other factions to be announced soon include: ZED RUN, The Sandbox, Decentraland, DeadHeads and Metakey.

To be part of our faction, you'll need a BYOPill or an Apostle in your wallet, along with a Champion NFT from The Red Village.

BYOPills Mentioned in The New Yorker!